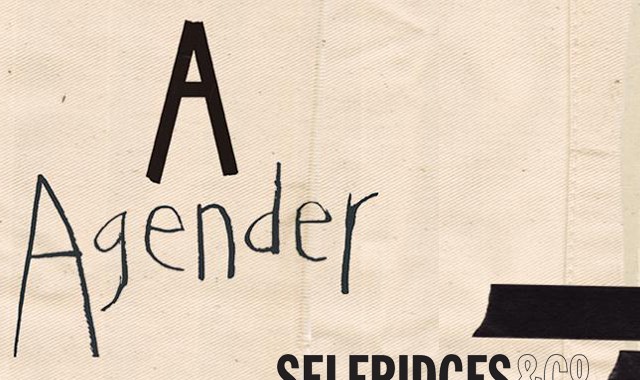 Agender – I am fascinated by the constructs of gender. What makes us think that we have to be defined by one or the other? Isn’t it terribly antiquated to make things so black and white and not consider gray? I am as straight-laced and white as they come, but I still believe in a spectrum for all things. There are extremes in all cases, but most of us live somewhere on the spectrum as far as gender, race, sexual preference, mental disorder, culture, religion and career are concerned.

The concept of neutrality is a beautiful one and I applaud Selfridges for taking on a challenge to illustrate a very physical and iconic element in gender; clothing. Cross dressing has always been a tremendously controversial act and can only be used if an opposite gender wears the opposites clothing. Make no mistake about this one – this is a new dress code focused on blending of form and expert trickery for all. Call it Unisex or call it neutral, but this is going to force a tremendous change in perception.

As a young girl, I had a transgender girlfriend Jen who played on my soccer team. While this ‘girl’ may have had a girl name and hung out with the girls and played on the girls team, she looked just like a boy and played soccer better than all the boys and she was fun and evolved. She didn’t hang onto stupid girl stuff and gossip, she wanted to actually have conversations. As a 6th grader I suppose transgender wasn’t a term I knew yet, but I knew then that Jen wasn’t just a girl… she was so much more. Throughout the remaining parts of schooling the memory of Jen never left my mind – although we had moved away and lost touch.

In College I focused extensively on transgender after having a wonderful literature class on the subject (leave it to art school to continue the expansion) and the learning didn’t stop in the classroom living in Baltimore. Much of the neighborhoods I would pass on my way home from school to Charles Village fell near the brink of North Ave; the historic avenue where non-gender specific or transgender prostitutes would stand on the corner and flag down the passerby. Johns Hopkins School of Medicine did the first transgender operations in 1965 and gave people a chance to voice their inner-selves in an outward change. 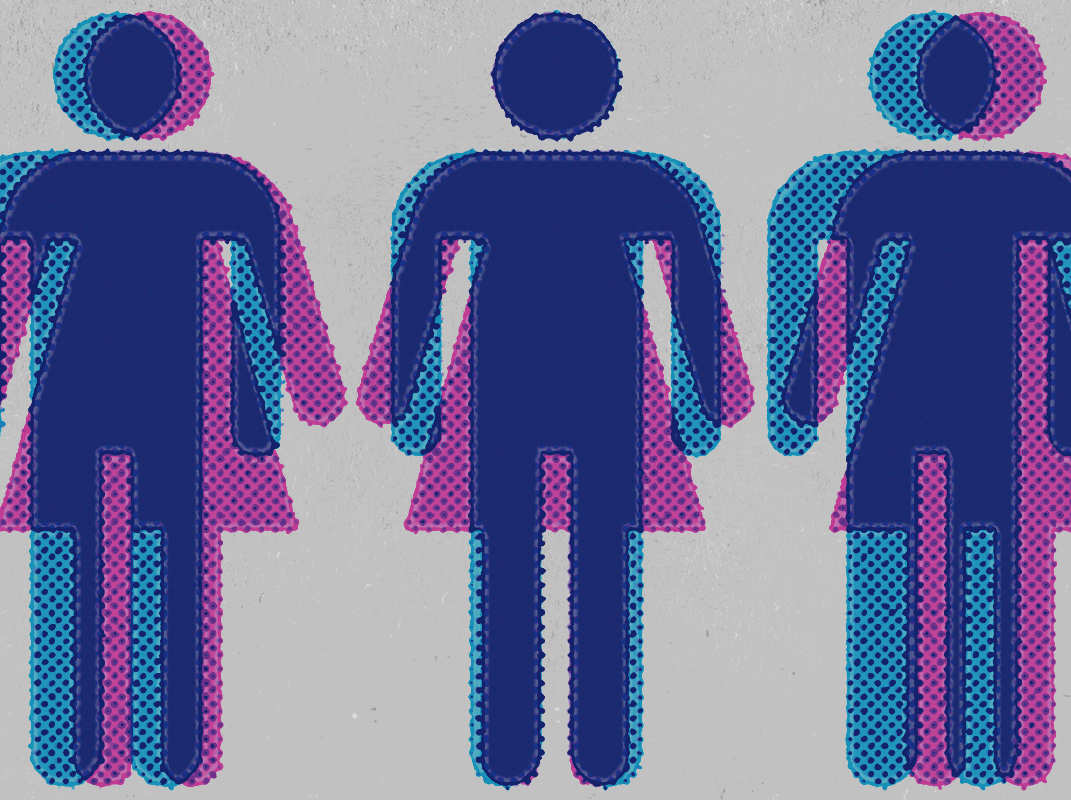 Over the last year I have noticed an increasingly vivid narrative on transgender and gender neutrality. It has filled the airwaves, my inbox and newspapers with brilliantly colorful essays on everything from models to CEO’s to children. What I have learned is that most people really believe that beauty stems from the voice, not the vessel. That the way of the future is limitless opportunity and that labeling is a thing of the past.

We have learned to evolve with race (well most of us educated folks have), why not evolve with gender? Doesn’t telling your daughter that she is a girl and shouldn’t play with trucks put a damper on her development and opportunity to strive to her best place? Doesn’t taking away a doll from a boy and telling him he shouldn’t paint his toe nails or dance ballet force him to leave behind a more evolved sense of knowledge? What seems to be stemming out of the media is not girl or boy, but this idea of an it. All things instead of one thing. We are no longer pinning down and defining either or, we are stating that he/she is actually a we.

This spring Selfridges in London is “sweeping aside the boundaries of gender” with their new campaign, Agender. This exploration leaves behind the traditional gender stereotyping and offers a chance to build on some of the more poignant headlines over the last year:

About Selfridges Agender Shop (taken from their site)

Among the unisex lines on offer – many exclusive to Selfridges in the U.K. – will be a capsule collection by Bodymap, the U.K. launch of Nicola Formichetti’s collection Nicopanda, a collection from footwear label Underground and Rad Hourani’s made-to-order couture designs.

Designs by labels including Ann Demeulemeester, Comme des Garçons, Meadham Kirchoff and Gareth Pugh will also feature in the lineup.

Story of Us: Connecting for the First Time

Connecting for the first time for us was quite a while ride. On the agenda:…

13 weeks in and the exhaustion has just hit. Everyone says that the first trimester…

I mean, come on. We are apparently all the same around the world and it is just full on pathetic that we can’t all get along and work together as a global community. Right?! We are living in the midst of our Nanny’s fighting over their place in our home: Nanny Wars… Mayan Style.