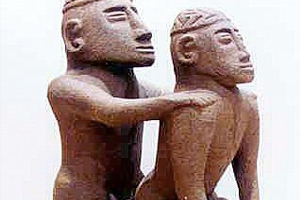 1 week into living at Joyce’s in San Marcos, our nanny came to work crying having just heard her brother in-law Wilson committed suicide the night before. He hung himself and was discovered by his wife (Teresa). It is hard to say why Wilson did this. He was young (25) and extremely good looking. He had lots of friends and a community. He was a teacher at the technology college in town and spoke English and Spanish. He was well-respected. They had money by Mayan standards and lived in their own house (very rare for newlyweds). He was not a drinker.

Together they have a 3-year old little girl named Aymee who has become one of Iza’s favorite children in the barrio. Since the death, and now nearly a year later, Iza and Aymee are inseparable and adore each other. I have also seen photos of Wilson (beautiful and extremely effeminate (and very good looking) and heard that he had a robust network of friends.

It is hard to say what the reason is, but of course being as close to Aymee’s family as Iza has been, I am curious. Teresa is still sad. Of course she is. Aymee still cries for her Papa in the middle of the night. And we have witnessed a loss of a community member that we never got to knew.

It just doesn’t add up. Speaking objectively, I see no other reason for his chosen end of life other than an affair – it is very common to have affairs in the traditional sense with heterosexual partners (see post on Autohotels), so I speculate that it was an affair of the same sex.

I see Teresa regularly and Iza spends her time regularly with Aymee and the family. They are wonderful people and it is sad to know Wilson won’t ever see his beautiful baby girl grow into a woman. It is sad for us to know that Aymee looses out on a father too.

We will always be curious why he chose to take his life. Wind Flowing Through My Veins

As my dad says, "You pretty much move every two months." But as of late…

We are happily here in Guatemala and are navigating our way with roughly 99% English. We have made it to Antigua which is on the way to Atitalan de Lago where we will go on Sunday.