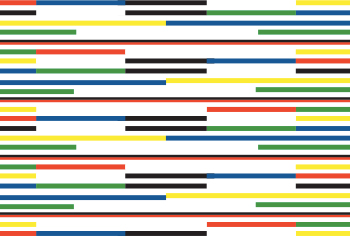 During our day in Antigua last Friday, I had the most interesting conversation about raising expat children abroad. The discussion was about raising children outside of our home countries and if they will have a grounded understanding of life on their parents familial soil as if it were their home country. All 3 of the women are part of blended cultural marriages; One was American and her husband Argentinian, another was British and her husband Canadian and the other was American and her husband Norwegian. While I can’t really relate in someways to their concern since Iza is still so small and we have only been here for a year, I can really understand their commentary. Wow! It is crazy complicated to even start to consider this.

In someways this is not that different from the situation with the Libyan’s fleeing their country for Sicily, or from the migration of Africans, Europeans and Britons in the 1800s to America, or from the Dutch’s journey to South Africa in the 30s. We as a human race have been migrating like birds all around the world since we had the knowledge of other lands. We have had to hold onto our own understanding of cultural traditions far beyond 1 generation and as we see the aging population and the promotion of American brands, we are beginning to see a homogenized global population. If we use Walmart as an example – you can nearly find a Walmart or Walmart owned store in every single continent, and in most countries. Likewise with Coca Cola products. Even our American culture is evolving and blending into a global culture, particularly with the very engrained Latin influence.

But in essence this mindset is becoming a less and less of an unusual situation. There are so many blended families and children living abroad these days, many born in the country they are currently living in. These three women have birthed and raised their children completely detached from their home countries and each have filed petitions for birthrights in two home countries, while maintaining a birth certificate from the country they physically had their children in. Since we haven’t had to go through this yet, I am taking their word for the complication and concern they have for their heritage being passed along.

The 5 combined children of these 3 mom’s are absolutely gorgeous. Unlike Iza who is blond and as Eastern European as they come (Kurt 100% German and me 1/2 German and 1/4 Russian and 1 /4 Polish), these children have sunkissed cheeks and an undefinable look. They could be from anywhere; some lighter or darker, some with blue eyes and others with freckles. It is fun to bare witness to such a tremendously beautiful bunch playing in harmony with their combined 4 languages amongst the 5 of them (Spanish as 1st language, English as 2nd language, Norweigan for 2 of them and Katchiquel for those who were raised here in Guatemala). They really look free, unburdened and happy.

But the question the women posed is a tremendously interesting one: will they still have a foothold and a grounded understanding of life on our familial soil? I suppose the first place to start is in breaking down which familial soil they see as primary for their children. With each of their relationships being from different countries, they would have to start with selecting which becomes most important to the family. Is it America or Argentina? Is it Norway or America? Is it Canada or England? Once that is determined, then it would be likely to assume citizenship or birthright VISAs, requiring them to go back and live there for a few years. It would require an understanding of their educational system, national anthem and general holidays, with a continuation of celebration of those holidays from afar (wherever they may be).

Something relatable has to come next and with kids this is a hard one. For example, if you are a die-hard soccer fan and obsessed with one of Briton’s premiere football teams, you may easily pass that onto your child and their country pride will live within that cultural tradition of British pastimes. If your spouse has a similar likeness for a soccer team from their home country it will likely become a competition and the child will have to ultimately choose between your two sports teams (or come up with a new one that he/she likes better). This could cause problems since country pride might be one of the single most important aspects of familial soil. So it is always best to determine as a family exactly what those individual elements are that define your family and belief system. It doesn’t mean that your spouse has to give up their traditions, but you have to ensure that the ones which define pride are related to the primary country you call “origin.”

Finally, the last piece of the puzzle is to ensure that the country you have chosen is one that will maintain a level of faith in your family. Currently the travelers fleeing from Libya are seemingly not interested in continuing to spread their country pride to their children due to the turmoil within. But a country like Guatemala is beaming from ear to ear with their win this morning of the resignation of their corrupt president and there is nothing but flags waving high above their heads. Faith has to be maintained and cannot waiver for too long in order to receive longevity of respect.

Kurt and I are in someways lucky to not have a similar concern for our children feeling removed from their familial soil. We are both as American as they come. Both spent much of our childhood in Ohio and our adult life on the East Coast of America, both in Baltimore for significant periods. We are from middle class, Unitarian Universalist families and were raised with alternative thinking, mostly in nature. But what’s interesting is that while we do identify with America as our home, we have both left behind much of our familial origin for a different life. We are Zen Buddhist, live a mostly raw food diet and live in Guatemala. Hardly what we were taught or raised to be. We have been able to make our own choices in adulthood and in someways, some of the experiences and familial origins we were given have pushed us into that direction. We do still identify as American, but we always follow with Expats. So we are American Expats living in Guatemala. I think the 3 women would also agree that they identify as Expatriates from their countries, but again we are all still grounded with a “home.”

What the conversation with the 3 women led to was me determining that there needs to be a level of acceptance that our children likely won’t follow in the path we put out for them, even if we were in our home countries. They are children of a different community, their own global community. As Iza extends into her own future reality as a student of the world, she will be making her own choices. Even if we educate her with pride and build an American familial origin around her life, she can identify however she chooses. If she defines herself as Guatemalan in the future, she will have every right to follow the traditions of Guatemala and leave behind all that we taught her. Crazy to even consider, but honest.

This is one of those concepts that changed my life path forever. Even if we never moved to Guatemala and maintained a lifestyle in NYC, it would be a concept I would follow; a belief that the world is a global, expansive place and everything in it is an opportunity to be taught and learned by our expat children’s fresh minds.

Years ago while I was pregnant with Iza I first came across this book that taught me nearly everything I know about expathood. It is called Parenting without Borders by Christine Gross-Loh, PhD and her experiences changed something in both Kurt and I, shaping the next part of our journey. It was this book that drove us to leave Beacon and move to NYC full time and then onto Guatemala for a family adventure. It will likely also be a future catalyst for another change abroad as our children age into their tween years. We believe fully in the global experience… especially in this day in age.

Christine raised her children all over the world and as a Yale PhD she certainly had the intelligence and wherewithal to conduct a living study. So she did using her 4 kids as the subjects. She interviewed and observed mother’s all around the world in their natural habitats as they raised their children and documented the best of each cultural origin. Her focus was education, but as a component of education she showed the valuable supporting elements like play and friendship, language and cultural traditions. It is tremendously well written and enlightening.

If you are thinking or considering about an alternative lifestyle of any kind, Parenting without Borders is a great book to read and it will really expand your stance on education.

When life throws us lemons, we ABSOLUTELY make the best lemonade possible. We are after all Brand’s and we have had a lot of experience!

Introducing Zai: His Epic Journey into the World

He's here! What a 40 week journey... and what an epic final push out into the…