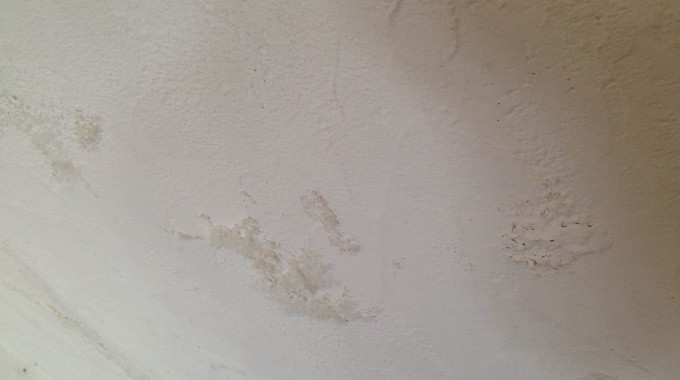 I just returned home on Saturday afternoon after a full week of work, a crazy overnight of travel and a 3-hour car ride which included a funeral procession for 4.5 miles to an even bigger and more exciting weekend of issues.

For starters, when Kurt and Iza greeted me at the dock I quickly realized how bad Iza really was. She had lost about 5lbs since I left. She was pale, almost green and definitely not herself. She had a fever of 102+ and wasn’t eating anything. When we got up our trail to the house I looked around with fresh eyes…. there was this weird wall mold/fungus coming off all the walls. Kurt went to take a shower but the water was freezing, so we pretty much went right to bed to make sure we could get some sleep. In the morning I went to make tea and the stove wouldn’t turn on. The drinking water was kicked, so I just started to cry. Pretty pathetic, but I had almost hit the end of my rope – baby crying, exhausted from travel, thirsty, throat closing in… recipe for disaster.

After Iza woke we decided very quickly that she was sick enough for the Hospital. I went online to research and found a great hospital on the other side of the lake in Santiago. The number on the site listed an American number so I called it and Dr. Larry answered in Maine. He was home, but he frequents Santiago as it is a hospital he founded. So, with his advice we went.

We first went to Pana where I had an absolute meltdown and cost us an extra 2-hours in my mania. When we got to Santiago it was nearly 1pm and our Tuk Tuk driver asked us if we wanted him to wait. We said, “no” (although we should have said, “yes”). After walking up the walkway we kind of realized we were absolutely in the middle of no where. Walking up to the door it was was locked to the Emergency Room and immediately we got discouraged, but we didn’t really know what else to do, so we waited.

Shortly a nurse showed up at the door. She welcomed us and opened the door, showing us to the infirmary to Bed 3. There were 4 beds. (I am familiar with an infirmary from High School at Mercersburg. When you got sick you were sent to the infirmary where you had to be in a shared bed space which is far too similar to an army infirmary… totally depressing. You can just imagine 35 sick soldiers lined up on either side of the room. I think I went to the infirmary 2x in the 4 years I was there and 1x was to say goodbye to a friend who got kicked out for smoking pot.) Around us were a series of American-style equipment and books. Lots of tools and familiar mechanisms. I have to say… definitely a sign of relief from us both. The doctor spoke very very little English, but he had some  Tz’utujil and Kaqchikel which are Mayan languages as well as fluent Spanish. Needless to say, we made do. We had to.

It turns out, after nearly 5 seconds of testing that Iza has an ear infection. So ridiculous that this had gone on for nearly 8 days at this point. Completely unnecessary. We got medicine and we were on our way. Of course we were in the middle of no where, so we grabbed the first Chicken Bus we found and headed into town.

1 issue down… like a MILLION to go. Stay tuned.

Combine Parrots, a playground, an enormous heated pool with a 6″ shallow end and wine and you get pure and simple magic. Family friendly all around, enjoy!

Introducing Zai: His Epic Journey into the World

He's here! What a 40 week journey... and what an epic final push out into the…

At any age, I can’t imagine enjoying car sickness. But for a little girl who can’t communicate yet how she feels, our hearts go out to her. Iza has never been a great traveler, so we have come up with a few tricks to help her out in the car.