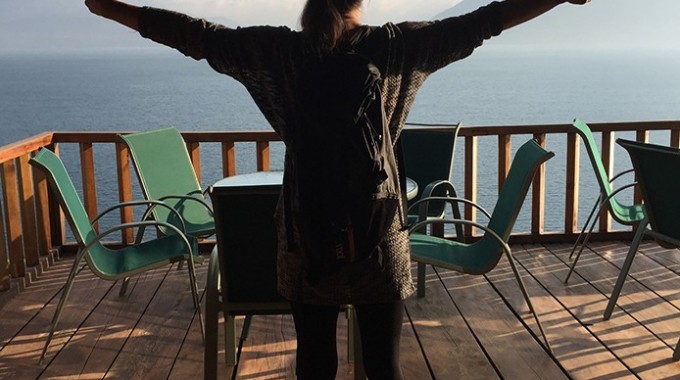 There is something to be said for the Importance of Reward, especially when you are feeling down.

I woke up this morning and felt terrible. Perhaps a case of the Monday’s but I was in the can’t-get-out-of-bed mode. In addition, I opened my email and got a rejection letter from a pattern organization I really wanted to belong to.

How did you feel this morning? Give me some positive vibes, folks!

Here I am already calling it a day at 8am and watching the Oscars (since it wouldn’t air realtime outside of the States). This incredible show in its 87th year is by far the most intriguing 3 hours of television. It is so well orchestrated and offers a natural close to the end of a movie season. In the past 3 years, I have had the motivation to watch with one of my Step-Sisters attending as a guest of their Aunt Rebecca, and the other two acting as ‘seat warmers’… trying to catch a glimpse of their debut on the red carpet. But this year I actually was excited about the movies and really was curious about the show itself. Neil Patrick Harris is such a great presenter and actor.

It brought up an internal dialogue about why it matters to be rewarded. Does it need to come as an accolade or is the act of the work itself and your own opinion of the outcome enough?

With all that we do – Kurt’s art, my day to day work and this blog with Ra’Co – what actually will be enough for us to feel we accomplished something. Is it followers? Is it the number of likes? This strange world we live in is obsessed with outside accolades, but what if we really like something we did?

Using the Oscars® as the Guideline

The red carpet review started with Michael Keaton up for Birdman as the Best Leading Actor. He called this the “Super Bowl or the 7th inning for the final stretch of the movie.” I had to think about that comment, especially when Julianne Moore said exactly the opposite with her 5th Oscar Nomination within reach. She said, “It doesn’t always happen and I have been in the business for a long time and so I just appreciate when it happens.” She also went onto describe her role in Still Alice and her heartfelt journey through understanding Alzheimer’s disease and the importance of putting emphasis on finding a cure.

What a difference between the two. In someways, I love the raw honesty of Michael Keaton and his need to win, but it is hard to deny the heartfelt heroism of Julianne Moore’s appreciation for her role in doing good. So I started thinking about my loss with the pattern site and what is really important to me.

How we Define Success

It seems to me that there are several schools of thought:

But it is also the same for a loss.

There are several types of loss which help to support each of those items:

Where I Go From Here

Somehow, in my loss of acceptance, I read the design through the lens of imperfection and I realized I wasn’t doing my best and I wasn’t thinking about the particular company and what they might have been looking for. I am simply rushing my efforts and not acting as a true pattern-maker – I am looking at just ‘getting something done’ for a potential win to tick the box instead of doing the best I could for me.

Tomorrow I will start again and rebuild with the importance of reward at the forefront of my mind. I will position myself with a goal for the creation of a new pattern I WILL FEEL PROUD OF, and that will be enough with or without the acceptance.

I have finally launched Patternsbyrache.com. This is something I have wanted to do for a long time and now I finally have added a shopping cart and moved forward with building out my pattern business. Spread the word!

My husband gave me the best gift today – a desk! A desk that was…

Every Friday I post an update about whats been happening in my studio. New ideas,…