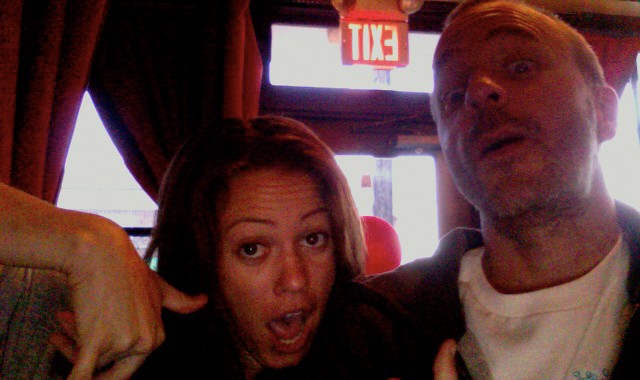 As part 2 of a series of narratives on our family story and falling in love with each other you can see our differences, struggles and general lack of balance.

Excited for a chance to get to know Kurt, Rache had planned to leave work early and head to Maxie’s Oyster Bar just in time for happy hour. During the weekdays it started at 4pm, but that was still an hour or two before the house was packed after leaving work. She always sat at the bar, and that night was no different. She had company with the bartender Maddy laughing and chatting about a variety of things – boys, life, experience, job irritation, etc. She had worked a few times before when Rache was in, so there was context and familiarity. Typically Maddy kept herself busy which allowed Rache to work, sometimes breaking out her laptop on the bar top or other times just reading on her phone.

The menu at Maxie’s may have changed, but it was always the same for Rache: a dozen oysters, a dozen steamed clams (no butter, no bread) and 2 Patron Silver’s neat with limes on the side. In the months coming back from London, Rache had fallen in love with all things potatoes for comfort and also familiarity. Maxie’s had the best waffle cut and seasoned fries on the planet, and at least 1 or 2 baskets made it onto the table. It was her very own well-balanced meal.

She waited until Kurt’s arrival for the food, but the drinks were poured and ready to clink. They were barely just starting to get to know each other and at this point had decided friends and buddies was the best way to go since they were unsure of the next steps in their paths. They were collaborating on a raw food television concept and starting to learn more about each other’s businesses. Tonight was about networking as much as friendship.

Kurt walked in and saw Rache talking to Maddy. Whoops. This was just about to be awkward. He had tried dating Maddy when he was in his ‘exploration process of women’ last year and now here she was chatting up Rache with no idea he was coming to meet her. So, he decided to downplay it.

Kurt sat down, exchanging looks with Maddy and said, “Hi.” So far, so good. He got a drink, and the group chatted, mostly Maddy and Kurt caught each other up. She had been away traveling, so it was good to see her and catch up. It was a natural and easy conversation and it seemed like Rache was participating.

What a waste of time, Rache thought. This was supposed to be catching up with Kurt, talking about ideas for Cook it Raw and getting to know each other. How would she have ever known that Kurt would be friendly with the bartender here, and if she knew there is no way she would have sat at the bar. Meaningless conversation is the last thing in the world that Rache liked to listen too, especially when it was two consenting adults who looked like they were going to fuck on the bar top. This was bullshit.

It has been so great to catch up with Maddy, Kurt thought. It had been a year or so and he forgot how adventurous and fun she is; full of life and travel. It was also really great to be around someone closer to his age and to have a soul searching conversation after having just completed his efforts. He felt important and useful in his banter.  In someways the moment brought back the days on the road in the RV and his mind was lost in consideration of the past voyage to this place.

An hour had gone by and the oysters, tequila and chips were long gone. Since it was a quiet night at Maxie’s there were only a few regulars at the bar, and it was noticeable that Kurt and Maddy were enjoying their conversation and that Maddy wasn’t really focusing on her work. Rache eventually said she was going to go home. She asked for the check, paid politely and wished Maddy well. She turned abruptly and walked out. Kurt sat for a moment and questioned what he missed. Eventually, he bid his farewells to Maddy and followed.

Rache had already gotten to her car before Kurt got out of the restaurant. He hustled to get to her in time before she got into her car and pressed at what was wrong. Rache exploded, “I felt like a fucking 3rd wheel on someone else’s date. I have better things to do and tonight was supposed to be about us getting to know each other.” She opened her car and got in, closing the door and turning on the car.

He had no idea at how she felt about him until that moment, and when he realized he became paralyzed with thoughts, unable to say anything meaningful. So, he just watched the car back out of the spot and drive off into the dark night. 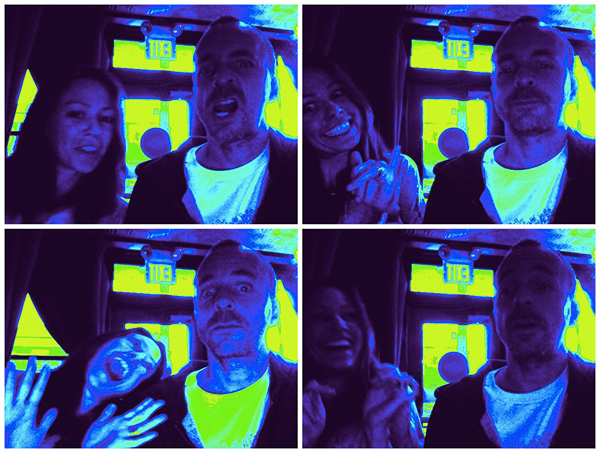 Story of Us: Throwback: Over the Internet…

It was such a great coincidence. An email came to me from my friend Ryann…