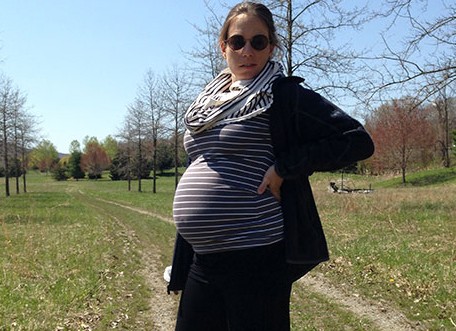 Years from now I will look back and be grateful for the opportunity to have Bells Palsy. It has given me so much more compassion and offered me a new perspective.

Now as I am headed down towards another pregnancy and as I fall in some ways I’m scared. I am not sure I am ready to get Bells again and to start this journey all over again. There is a lot to be said for recovery and here I am, nearly 720 days out from the onsite of Bells Palsy and I am at about 90%. The last 10% may never return, but I have so much to be thankful for standing here today with a beautiful 20-month year old by my side.

Maybe I am pushing my luck with another? 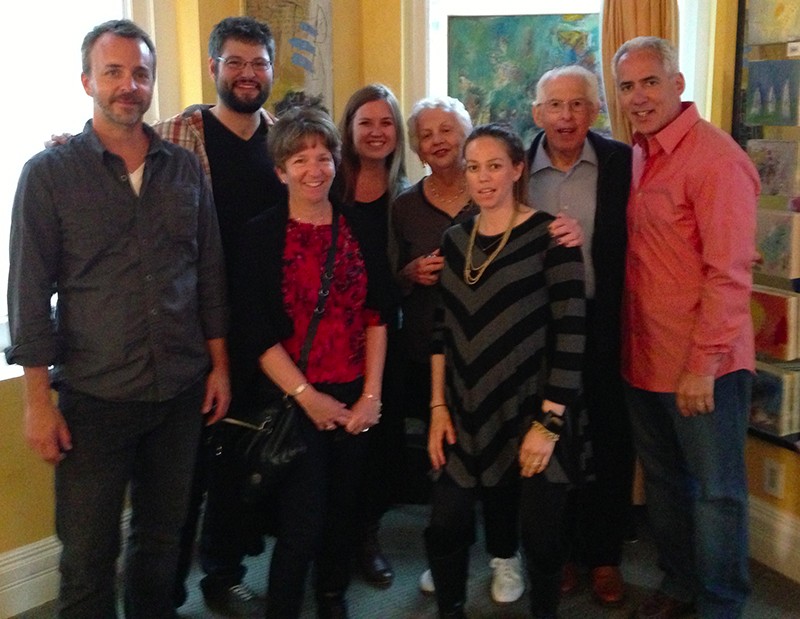 In the throws of Bells with family in NYC. See the 'stunned' look.

I have written about this before, but as a quick refresher – Bells Palsy is a reaction spawned by a viral infection which attacks neurological function often swelling a particular area of the nerve-ending resulting in a temporary paralysis. Over time the swelling subsides to a point, and recovery begins. Many people never regain more than 80-90% of full functionality.

There is no cure to Bells, although over time the symptoms will lessen if not completely go away. It typically lasts about 6-months. I got it at 6-months after a 6-week stint where Iza was breech and being outside unexpectedly on a very cold winter day. I probably was already a little sick and that moment put me over the edge. 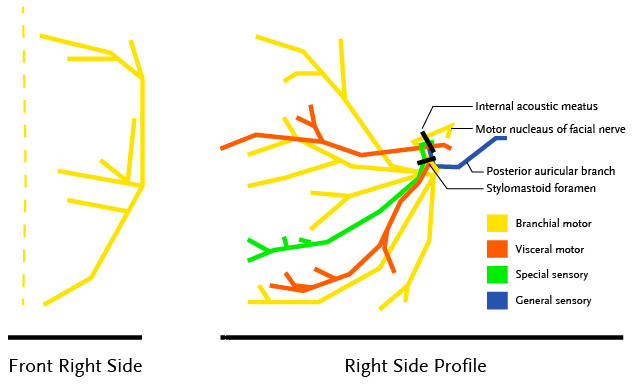 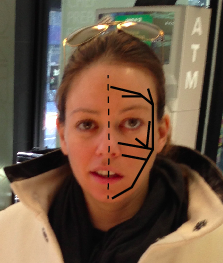 Before it was like a burst coming from the center of my cheek up and down. My eye would stay wide open and my cheek and mouth would droop downward. Now my eye has the appearance of drooping and my mouth always is a little higher. Interesting how it changed to the opposite. But, I will always have a crooked smile.

There is often a strong correlation between pregnancy and Bells Palsy. While it effects men and women equally (according to Johns Hopkins School of Medicine), it is known to effect pregnant women whereas there are a variety of other reasons in men with no real root cause. My theory, when a body is putting all its effort into growing a baby, women have a lowered protective armor against viruses, especially in cold temperatures. Even a virus doesn’t want to disrupt a growing baby, so it fights to take a different form, instead of a form that could be potentially be fatal to a baby in the womb. It is 3.3 times more likely to effect pregnant women than other women and is often thought to be brought on by the hypertensive disorders of pregnancy.

It is not caused by stress.

Surprisingly, I know that when I get stressed now, I feel Bells more intensely. But perhaps that is just my body reacting in my own ways.

BIG QUESTION: Will get Bells again with the next pregnancy?

No. Actually from what I have read the only way I will get it again is through recurrent lower motor neurone facial paralysis for which there are probably other causes, not an additional viral reaction. This could happen if I have chronic hypertension (which as far as I know, I don’t) or I attract lyme disease… or if I just have really bad luck. The chances, however are much lower in multiple attacks and those with previous histories are not more susceptible to it.

One Case
An interesting article with Net Doctor in the UK, which answers a question posed by a mom with 2 additional cases of symptoms like Bells Palsy after an initial Bell’s Palsy during her 1st pregnancy. While it won’t be fun the second or third time around, there is one primary concern: Each time an attack occurs it is harder to return to normal function. That is where the hardship comes into play. Temporarily it is not such a big deal, but forever is hard to stomach. 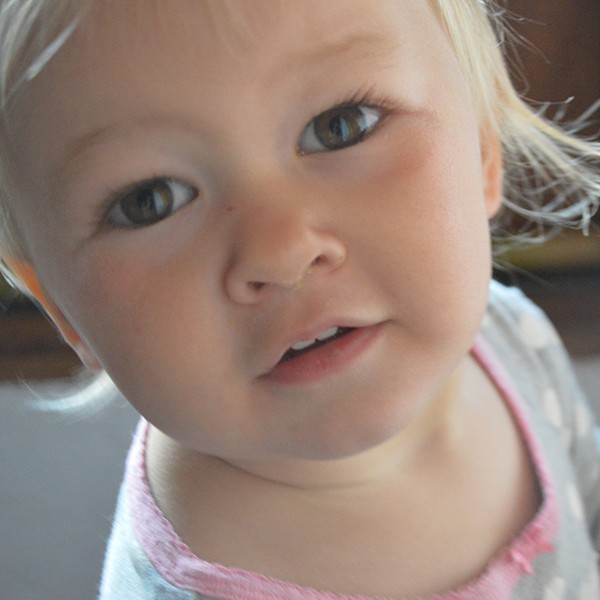 Was It Worth It?
Absolutely, 100%! Iza is bright, beautiful and full of energy. I have gave her a piece of myself and that makes her so much more special to me. I get to see my old self through her eyes and my new self contains more compassion than I could ever imagine.

Will I Get Pregnant Again?
Hell yeah! And even if I get Bells again, c’est la vie. I am hopefully going to be rewarded with another little person.

We came here for two reasons:  To be able to have time together and be…

Co-Sleeping with a Toddler

Wiped out. I'm kicked and hit, my face is smooshed and I nearly roll off…

It has been a long road; paved with lack of sleep, double meals and a lack of possession over my own body. Since August 2012 I have been attached to Iza physically in one way or another – in the womb or on my breast. I need a break, and be able to be alone for a change. So, we made the decision to wean.